We have been working on repetitive tasks for a while now. But finally something more interesting to show!

Hulls are now mostly complete. Still some details to do under the beamseats to make it all waterproof and the rear plywood deck to install. But major work is now done. Well, at least all major work except fairing and painting.. The picture shows the geometry of the finished platform. This was before drilling the beams and beam seats.

Currently the mainbeam have been seated with epoxy and is now hardening in my workshop. Pictures later :-)


We are now going to work on more interesting stuff and new stuff, so updates will be more frequent.
Lagt inn av Rolf Nilsen på 18:25 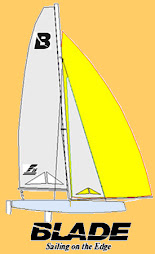